Parshah of the Week: Toldos 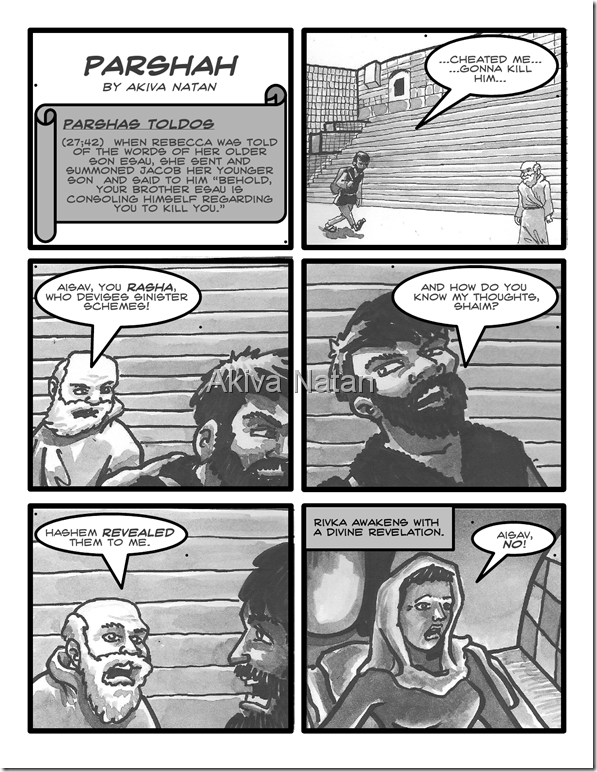 The Midrash Says: Rivka knew of Aisav's evil plans against Yaacov through a Divine prophesy.
Posted by tedblog at 10:05 PM No comments:

Parshah of the Week: Chayei Sarah 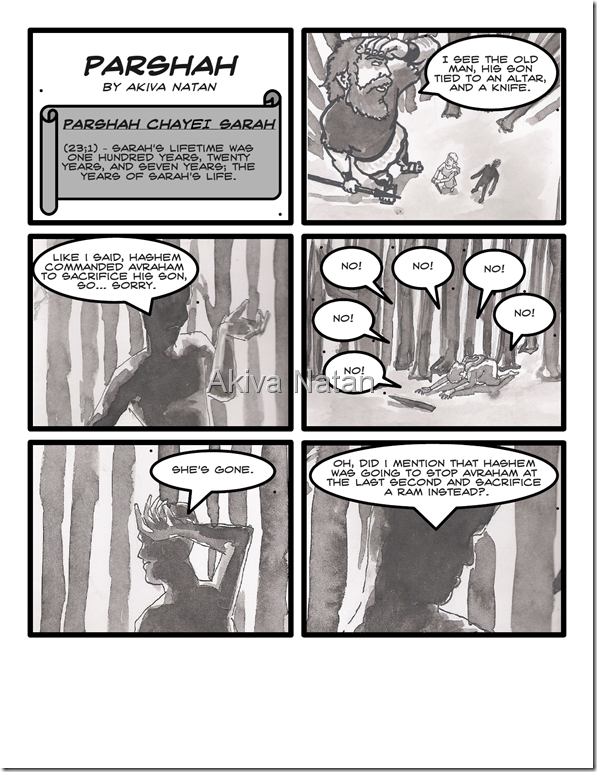 From The Midrash Says:
Satan, frustrated because he had failed to achieve victory over either Avraham or Yitzchak, appeared to Sara.  "Where is Yitzchak?" he asked her.
"He left with his father to study the laws of sacrifices" answered Sara.
"That is not true;  Yitzchak himself is the sacrifice!" Satan contracted.
"I don't believe you!" exclaimed Sara.
Even though Sara tried not to believe Satan, she was somewhat affected by his words.  She therefore left her house and hurried to the abode of Achiman, Shaishai and Talmai, three giants who lived in Chevron, requesting, "Please look into the distance as far as you can see.  Do you notice anywhere an old man accompanied by his son and two servants?"

Corresponding to Sara's six screams, we are commanded to blow six tekiyos - uninterrupted shofar sounds - on Rosh Hashanah.
Posted by tedblog at 8:03 AM No comments:

Parshah of the Week: Vayeira 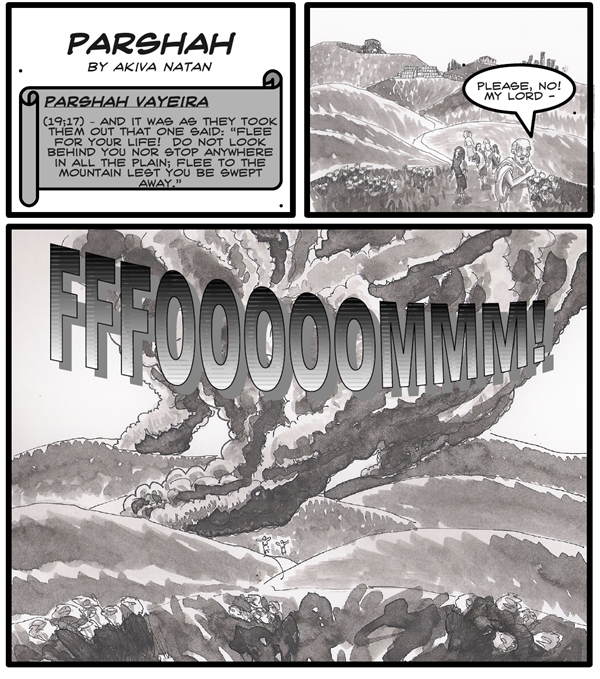 From The Midrash Says:
Both Rafael and Gavriel took Lot's hand and that of his wife and his two righteous daughters and pulled them away from the city.
Lot left penniless.  This was his punishment for having settled in S'dom for material reasons.
"Escape for your life!" the angels warned Lot and his family "Be happy that your life is spared and forget about your money!  Do not look back because Hashem's shechina will descend upon the city!"
Posted by tedblog at 1:15 PM No comments:

Parshah of the Week: Lech Lecha 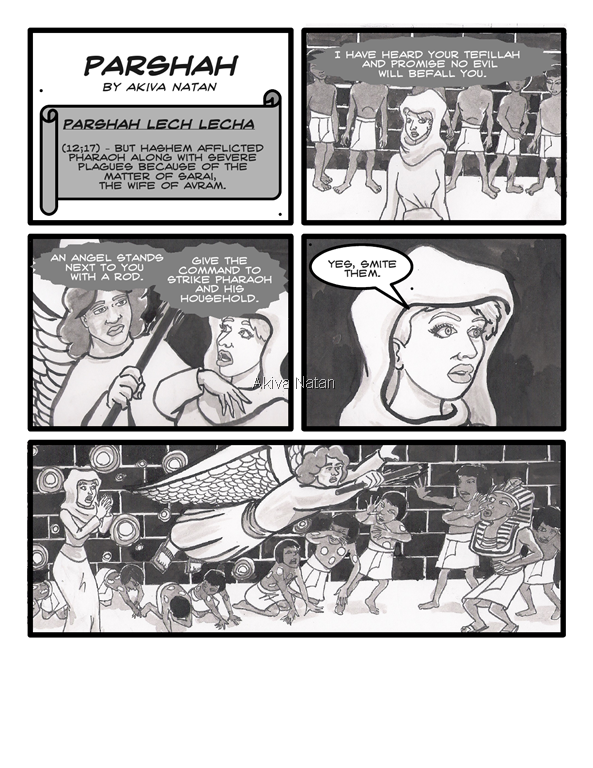 From The Midrash Says:
The plague was so severe that even the walls of Pharaoh's palace showed the symptoms of the boils.  Hashem said to the angels, "The events of this night are a precedent for future events.  Just as Pharaoh was smitten now on account of Avram and Sarai, so will Pharaoh and the egyptians be plagued in the future and then the Bnei Yisrael liberated from the Egyptian yoke.
Posted by tedblog at 10:12 AM No comments:

tedblog
This project is a graphic interpretation of the weekly parshah utilizing both Chumash and Midrashic sources.